How Do Online Virus Scanners Work?

Regardless of how much time it’s been since you started using computers or how often you use them, you’re probably aware of the importance of protecting your devices from viruses and other types of malware. 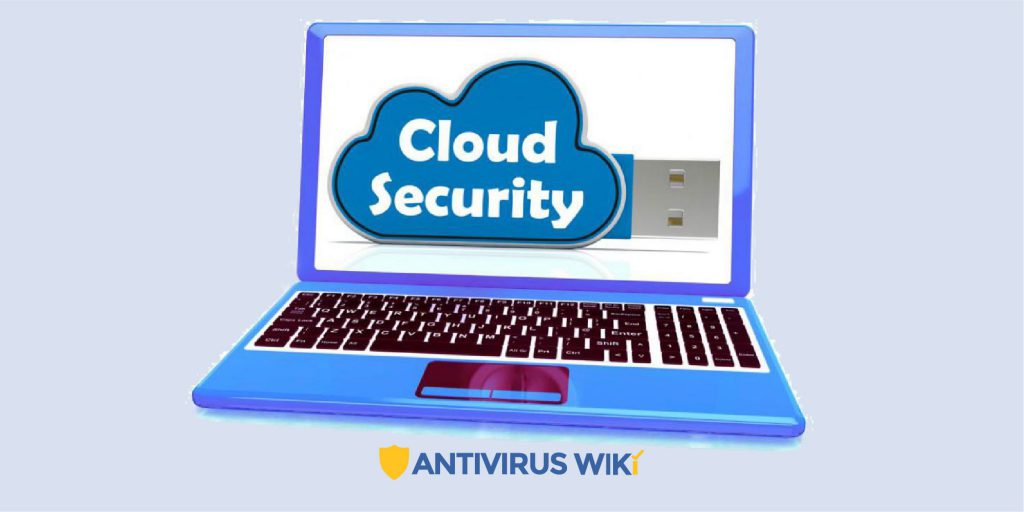 Viruses do not only have the potential to render important files and data unreadable, but they can also make them inaccessible. You’re left with no way to retrieve your important data, if you do not back up your data regularly. 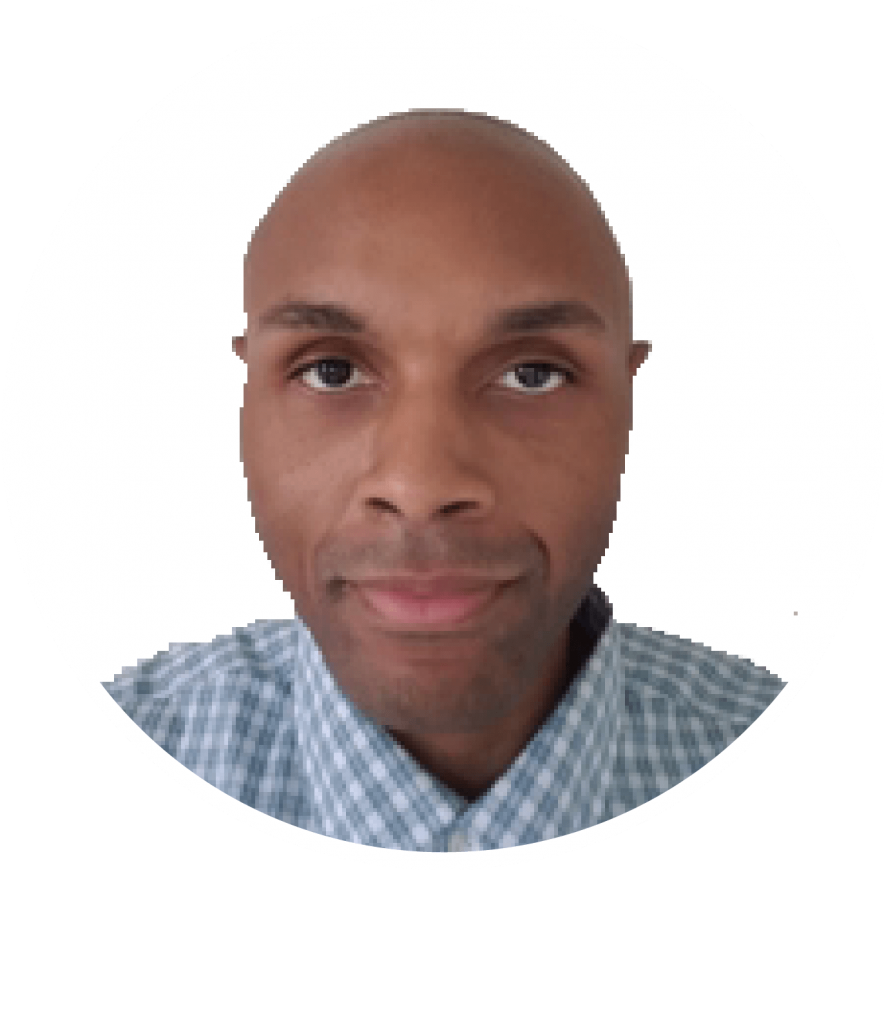 However, with the world raving about cloud technologies more than ever before, it’s no surprise that the majority of people today prefer online virus scanners than their traditional bulky counterparts.

Online or cloud-based virus scanners are far more convenient. They also get the job done without slowing your computer or device down significantly.

Interested in learning more about the cloud-security solution and why so many people across the globe have started opting for online virus scanners? Read on to find out everything you need to know about online virus scanners and how they differ from their traditional counterparts.

How Do Online Virus Scanners Work?

Contrary to popular belief, however, online virus scanners generally only function after a small client-program has been installed on the computer or other device of the user. This program is essentially what gives the computer access to the web service of the antivirus service provider.

The client-side program takes care of the scanning aspect, whereas the majority of the processing is taken care of by the web service. This is the reason why online scanners do not require as many resources as traditional antivirus software, and why computers and devices using online scanners do not become significantly slower when they are being scanned for malware and computer viruses.

After going through the data that is provided by the client program, the web service delivers the most appropriate set of instructions back to the client program based on the situation and the data received from the analysis to ensure that the computer is free of viruses and other malware.

Owing to their benefits, online scanners and cloud antivirus options are becoming increasingly popular among users who wish to protect their computers from malware without affecting their processing power.

What Are The Benefits of Online Virus Scanners?

Since online scanners primarily rely on cloud technology for the processing and interpretation of data received from virus scans conducted by the client program, it’s no surprise that a lot less processing capacity is required for keeping computers safe and secure. The only time your local processing power is ever needed when using online virus scanners is when the actual scan is being performed and data is being sent to the web service for further processing.

Since the client program is generally considerably smaller in size than traditional antivirus software, the amount of available hard disk space required for online scanners is also far less than what is needed for traditional antivirus software. Additionally, when using online scanners, you can also have real-time data sent back to the desktop in order to automatically update blacklists and prevent access to files and sites that could potentially be home to malicious software including viruses instead of waiting on manual updates by users.

Online scanners are also generally cheaper than their traditional counterparts, which is another important reason why so many people opt for cloud-based antivirus. Additionally, since they are based on technology that is new, online scanners are generally a lot more effective and productive than traditional virus scanners, and are able to keep computers and devices safe without any problems.

Relevant features such as reporting, file removal, scan scheduling, and virus scanning also come as part of the package with online scanners. This makes them a highly efficient and effective option for the majority of users.

Online virus scanners are different from traditional antivirus software in a number of different ways. Created to maximize convenience of users, online scanners are not only far more interactive than their traditional counterparts, but they can also take care of the scanning process without requiring too much input from the user.

In the image below, you can see the client program of an online virus scanner, ESET, ready to start scanning the device for viruses and other malware. 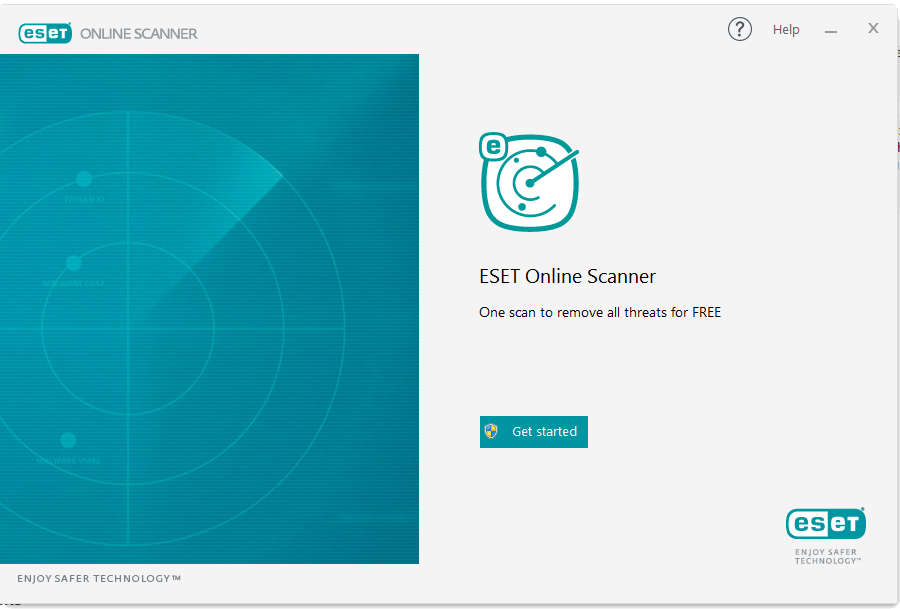 What’s more, each online virus scanner follows a completely different technique to collect data and provide seamless security solutions for the future. While online antivirus options such as Panda Cloud Antivirus makes use of malware-trapping computers to understand how malware will act in certain scenarios, other antivirus software such as Immunet Free Antivirus leverages data and insights received from its community in order to develop and deliver solutions that can help protect ones computer and systems from virus attacks in the future.

Since these online antivirus options maintain comprehensive databases about potential threats and updates, you will not have to wait for manual updates of your antivirus software in most cases to effectively deal with the latest threats.

Since quite a number of people are also concerned about the effectiveness of online scanners with poor internet connections, it’s important to note that these scanners generally cache malware data that’s specific to your computer to ensure that your computer remains safe.

Now that you are already aware of the different features and benefits of cloud based antivirus, we believe that it is important for you to see how online virus scanners actually work and what they can do for you.

In the image below, Panda Activescan is shown performing a thorough scan on a computer. 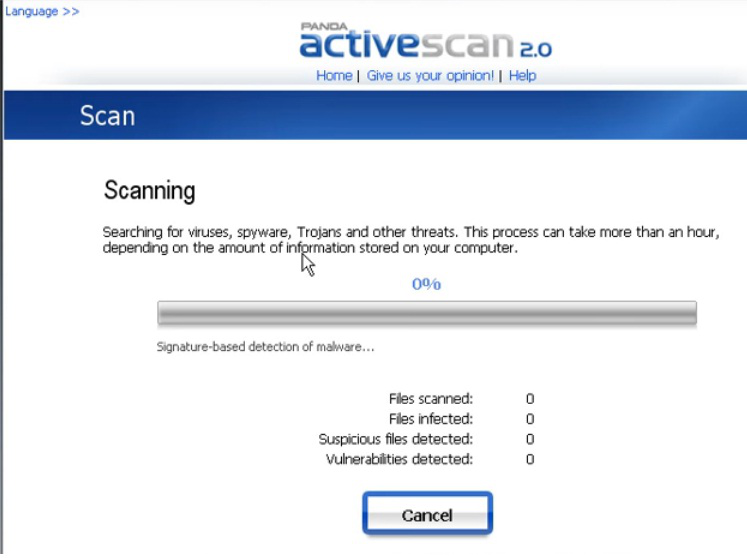 The following error message is displayed when infected files are detected. 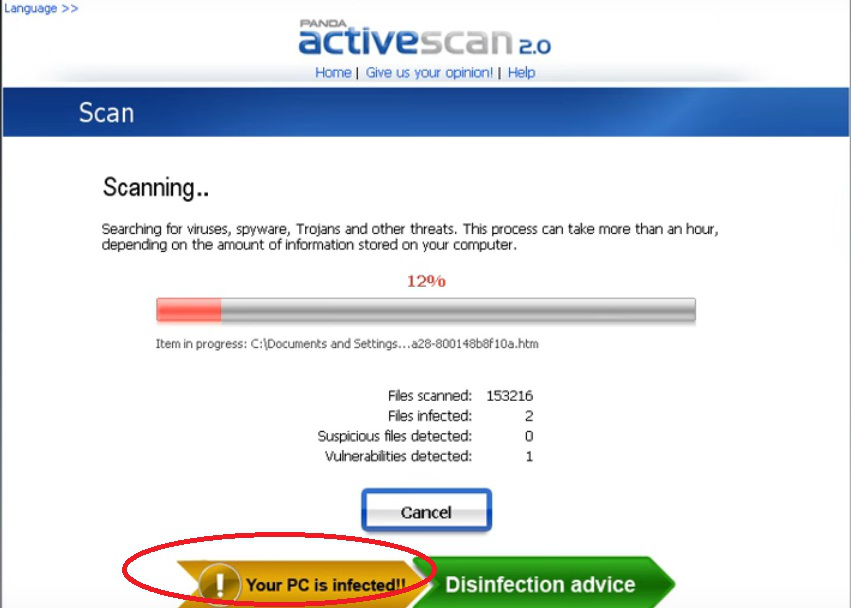 In addition to showing users how many files are infected, the virus scanner also offers disinfection advice to ensure that the user takes the right action to keep their device safe from future threats.

As mentioned earlier, the online virus scanner does not require the user to download any additional files or folders since all of the processing will be completed through the web service and web browser of the infected device.

The online virus scanning solution by Panda Security generally comes with three different scanning options. The Optimized Scan option allows users to select certain Windows system files and folders that are most vulnerable to the threat of malware and computer viruses. By performing an optimized scan on a select few files and folders that are in certain locations, you can be certain that your important files and data are secure and free from malware and any other threats.

Once the scan is complete, the status of the scanner is refreshed. If you have the full version of the scanner, you will be shown a pie chart showing you detailed information regarding the results of the scan and the types of viruses or malware that were detected (if any).

Like traditional antivirus software, online scanners also give you the chance to:

Secondly, in some cases, online virus scanners may not be able to scan all types of files, leaving certain threats undetected.

Now that you know just how online virus scanners work, you can make informed decisions about your virus scanner of choice to protect your files and data from malware and viruses.